Darling Harbour tiny, but big in terms of attractions and things to do

A former dockside area, the small harbour has been transformed into a major tourist site and leading convention and exhibition centre.It now hosts an extraordinary number of water-front restaurants and its wharves are home to a number of cruise and function boats.

Darling Harbour is split in two by the historic Pyrmont Bridge, with attractions on both the southern and northern sides of the bridge.

Entertainment takes place on a regular basis at points around Darling Harbour and on Saturday evenings there is a fireworks display over the southern part of the tiny harbour.

The main attractions at Darling Harbour are:

Cockle Bay Wharf - a three-level eating out complex with restaurants of every description skirting the length of the eastern side of Cockle Bay.

Chinese Garden of Friendship - one of the largest traditional Chinese gardens outside China. 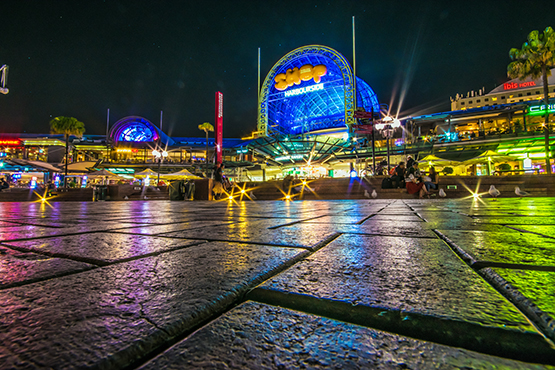 Harbourside Shopping Centre, with shops and food courts, is on the south-western part of Darling Harbour. Picture: © Nondhawat Wittayasarnronnayuth - 123RF.com 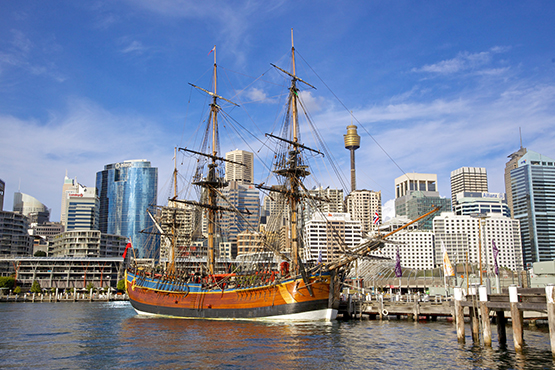 A replica of Captain Cook's ship Endeavour is one of the stars of the National Maritime Museum at Darling Harbour. Picture: © David Steele - 123RF.com

Wulugul Walk, a promenade along the waterfront where Sydney and Darling harbours meet.

Sea Life Aquarium - one of the largest aquariums in the world with more than 5000 different Australian fish displayed in their natural habitats.

Interestingly, a monorail system used to connect the Sydney CBD to darling Harbour. It ran from 1988 to 2013.