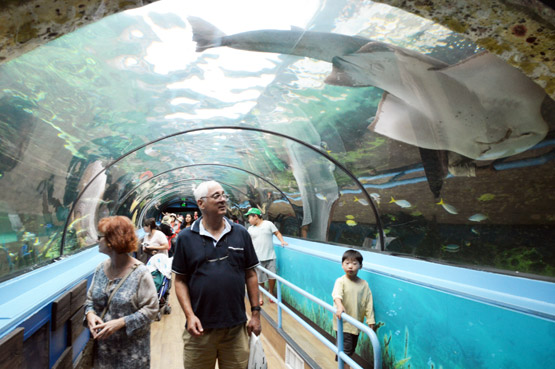 Visitors to the Sea Life Sydney Aquarium can immerse themselves in an ocean-like experience by walking through 100 metres of glass tunnels.
Picture: Alex Economou © Sydney.com.au

Sea Life Sydney Aquarium takes you on a tour beneath the seas and oceans surrounding Australia's vast coastline plus the rivers, waterways, estuaries and swamps of our large and diverse, yet dry, land mass.

Situated at Darling Harbour, the aquarium accommodates a staggering 13,000 animals from more than 700 species of Australian sea life and water dependent mammals. 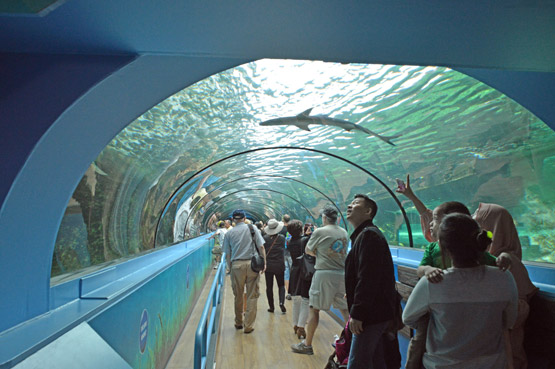 Sharks are just one of many species of marine animals that glide effortlessly above the domes of the aquarium's glass tunnels. Picture: Alex Economou © Sydney.com.au

Joined by a network of underwater tunnels, the aquarium presents the animals in 14 themed zones. You can get up close to sharks, crustasians, rays, penguins, seahorses, octopuses, jellyfish, turtles and dugongs.

One of the key attractions of the Sea Life Sydney Aquarium are two dugongs, Pig and Wuru, which are just two of five dugongs on display anywhere in the world. The dugong, which is a vulnerable species, is considered to be the origin of the mermaid legend.

Pig and Wuru are orphans who were rescued from the waters of Queensland. 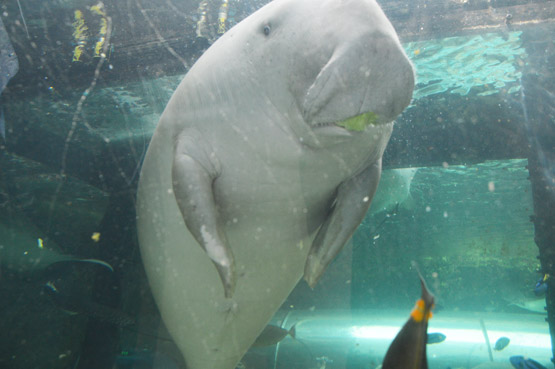 A dugong munches on lettuce during feeding time at the aquarium. Picture: Alex Economou © Sydney.com.au

Pig, the male, is playful and loves to play games with his handlers. Wuru is a gentle and benign creature who gently glides through the water.

Both animals weigh several hundred kilograms and it requires a major effort to keep them well fed and healthy. In the wild the dugong lives on sea grass but in the aquarium their diet consists of lettuce, which is attached to a wooden, slatted frame the aquarium workers throw at regular intervals into the water.

Each dugong needs 60kg of lettuce a day and that is a lot of lettuce. To supplement their diet, the workers include about 2kgs of spinach, which they hide in all the lettuce because the dugong, like many children, do not like the taste of spinach.

The dugong share their watery world with a host of other creatures as part of Dugong Island. 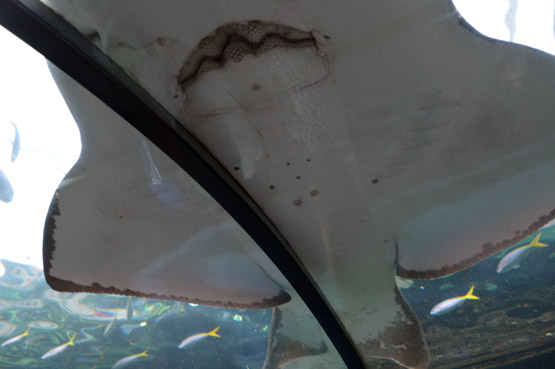 Close up to a huge ray that embraces the glass tunnel. Picture: Alex Economou © Sydney.com.au

You can also view the largest variety of sharks and rays on display in an aquarium anywhere in the world at Shark Valley.

Many of these can be viewed from the 100m-long ocean tunnel at the bottom of the tanks so that you feel as if you are part of the magical sea world above you.


In fact, Sea Life offers the visitor the chance to experience a variety of fresh and saltwater habitats, from the tropical environments of Great Barrier Reef to the habitats of Streams and Billabongs, Sydney Harbour, Rocky Shores and Discovery Pool.

The latest addition is Jurassic Seas which offers you the opportunity to learn more about the oceans’ living fossils which have outlasted the dinosaurs.

Other great attractions are the glass-bottom boat to get a close and personal view of the sharks and you can get even closer to them with Shark Reef Snorkel where you can go into the tank, under supervision, of course. 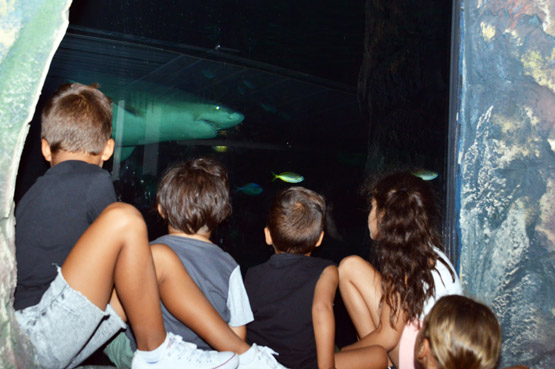 Children huddle together, enthralled at the prospect of seeing a shark close-up. Picture: Alex Economou © Sydney.com.au

A big element of the aquarium is to highlight key issues affecting the ocean’s creatures such as pollution and efforts to preserve this great natural resource. 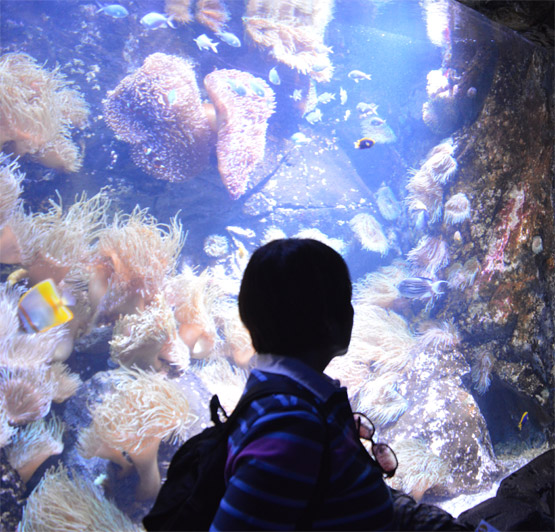 The hidden world of sea sponges, worms and other reef animals is revealed under strong lights. Picture: Alex Economou © Sydney.com.au 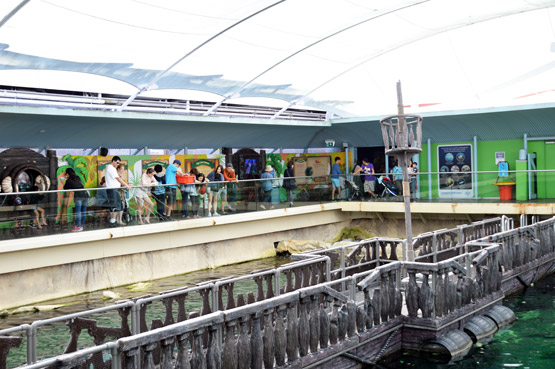 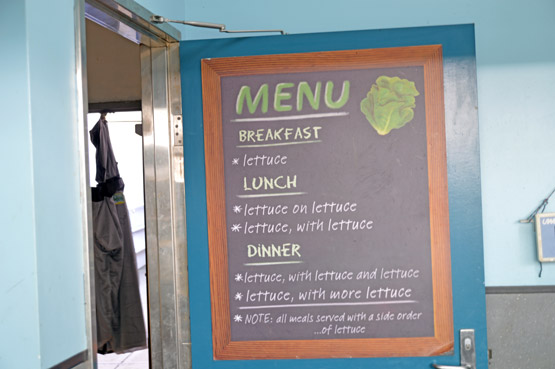