WALK BACK IN TIME 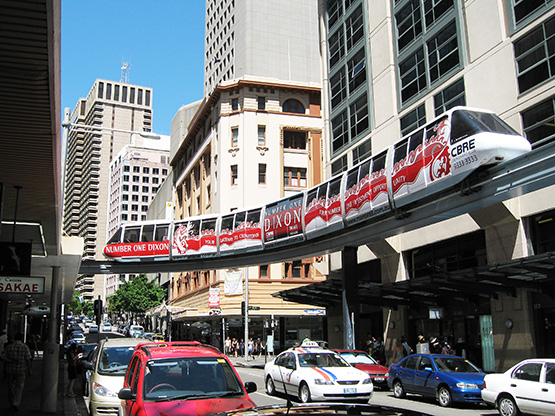 The Sydney Monorail closed in June 2013.

It was a 3.6-kilometre elevated single-loop monorail transport system that opened in 1988, and which ran through part of the Sydney Central Business district.

Sydneysiders mostly saw it as a "white elephant", of little use in providing efficient city transport and a system designed as a tourist attraction and primarily for transporting visitors to the major attraction, Darling Harbour.

There were seven stops, although four of these were in, or near, Darling Harbour.

When it was dismantled in 2013, the then NSW Transport Minister Gladys Berejiklian, was quoted in news reports as saying, "It was always more of a novelty rather than an actual transport purpose."

A commercial monorail service, it operated around the main retail area of the central business district running down to Darling Harbour and skirting the harbour, before returning to the city area. A return trip was a good way of getting some perspective on the upper part of the central business district. It also gave visitors an elevated look at picturesque Darling Harbour. 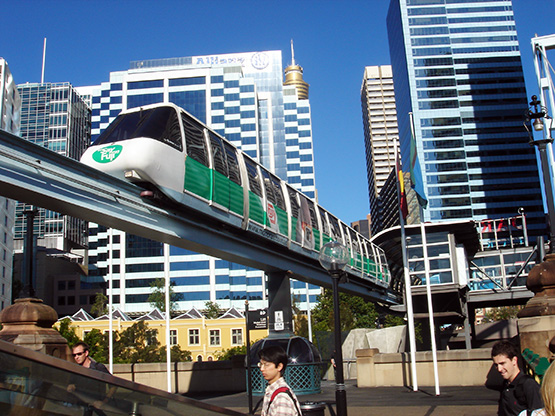