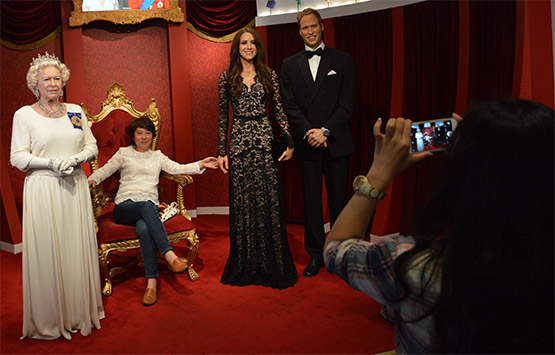 It's not every day the Queen vacates the royal throne for a visitor, or that visitors get to have their picture taken with Kate and Wills.   Picture: Alex Economou © Sydney.com.au

The Sydney version of the world-famous Madame Tussauds wax museum features a cast of lookalikes drawn from world politics, Australian history, sport and the entertainment world.

More than 1750kg of wax was used in the collection, which features 70-plus famous personalities.

Among the the most famous of the wax figures are Queen Elizabeth II, Barack Obama, Mahatma Ghandi, Nelson Mandela and Albert Einstein.

Some of the representations are so good that it's sometimes hard to tell who's real and who's not.

Visitors are welcome to take selfies with their favourite personalities. 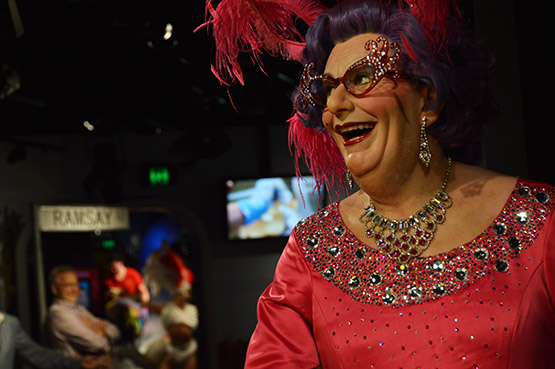 
The late Steve Irwin is one of the most popular of the new generation of Madame Tussaud’s figures people like to be pictured with. Perhaps not so much former Prime Minister John Howard, who greets visitors to the sports section, which also includes famous athletes, soccer players, tennis players and cricketers.. 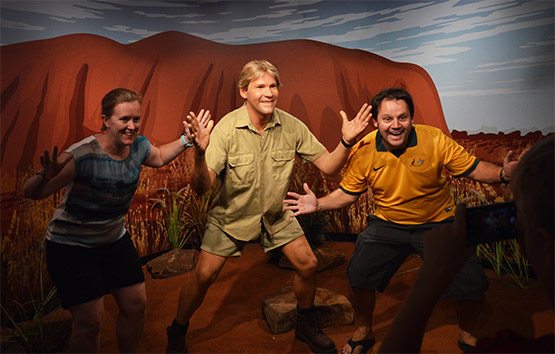 The Sports zone is big on cricket with cricketing great Donald Bradman one of the stars. Paceman Glen McGrath is frozen in full delivery while his famous team-mate Shane Warne looks searchingly for a chink in his next victim’s batting armoury. 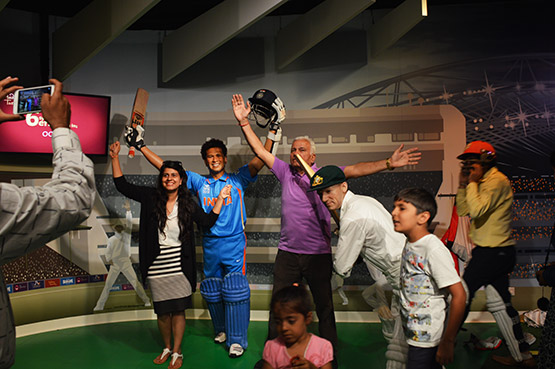 Famous figures from Australian history feature large as do entertainment personalities. Cultural and scientific leaders have their own section as do the guests to an A-List party that includes Lady Gaga, Cate Blanchett, Nicole Kidman, Brad Pitt and Angelina Jolie, Johnny Depp and others. 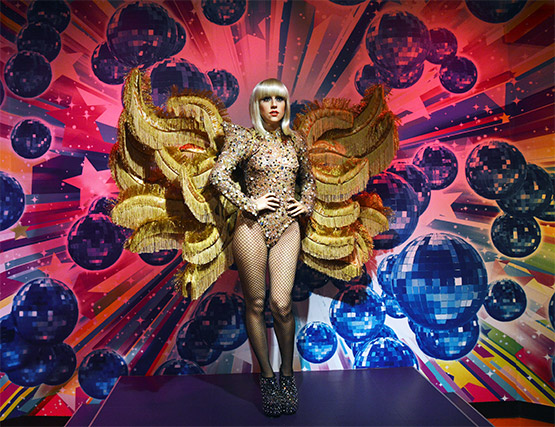 Lady Gaga looks as good in wax as she does in real life.   Picture: Alex Economou © Sydney.com.au 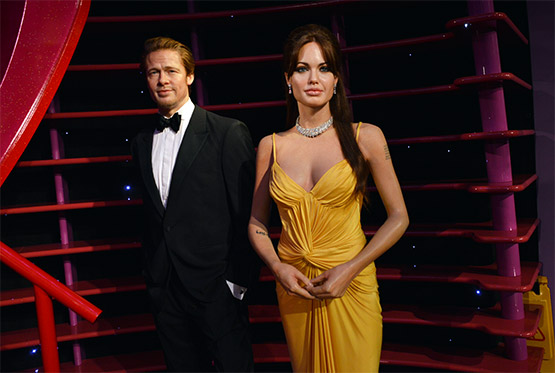 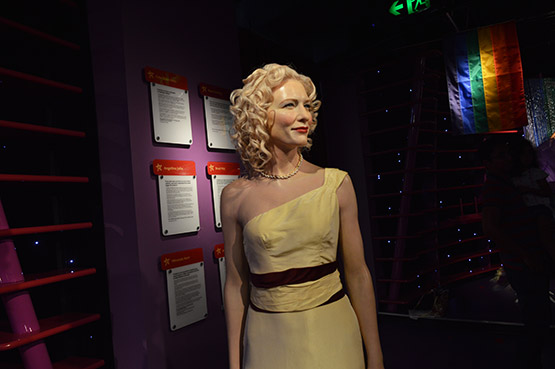 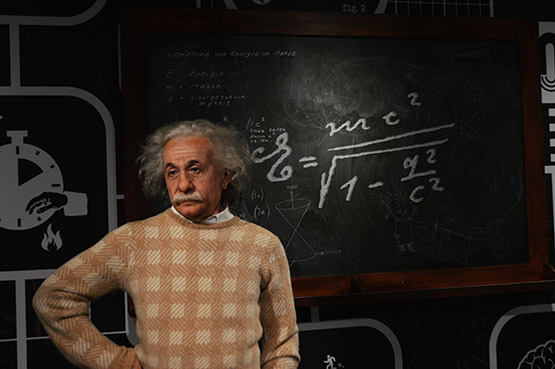 Albert Einstein looks as though he has just stepped out of a lecture theatre.   Picture: Alex Economou © Sydney.com.au

The Authentic History section reveals some of the secrets to the craft of working and creating the famous figures in wax.

DETAILS:
Open from 9.30am. Book tickets for Madame Tussauds