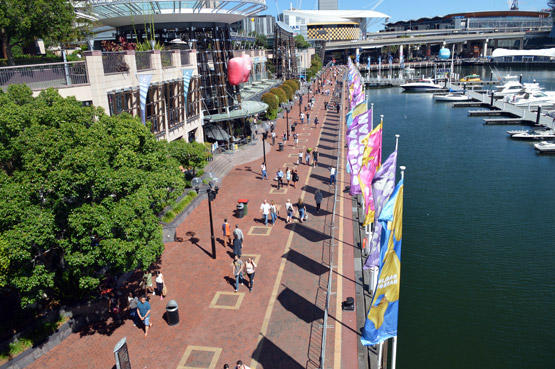 The addition of the the Cockle Bay Wharf restaurant and cafe complex to Cockle Bay and Darling Harbour has added a new dimension to one of the city's most popular destinations for visitors, boosting tourist numbers and even drawing large numbers of locals out at lunchtime and in the evenings.

Cockle Bay is splendidly lit up at night and acts like a beacon in drawing diners to its restaurants, cafes, bars and clubs.

Cockle Bay is set on the southern side of Darling Harbour, immediately to the west of Sydney’s CBD and just a few blocks from the city’s main commercial artery, George Street. 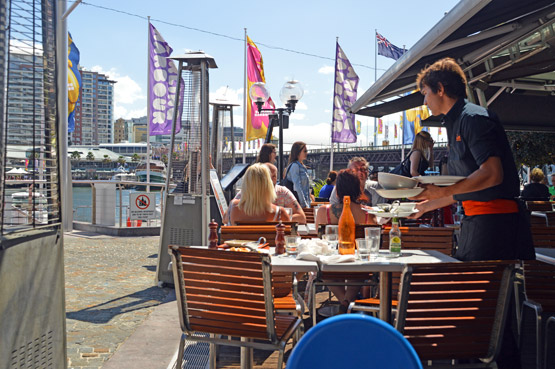 The multi-storey complex is host to upmarket and affordable restaurants and cafes offering a diverse variety of cusine, including seafood, Angus steak, Italian, Greek, Malaysian and Mediterranean. There's even a Lindt Chocolate Cafe.

For those eating out at Cockle Bay Wharf, much of the appeal lies in the restaurants and cafes facing the water with the indoor areas opened up to provide water views and alfresco dining. Darling Harbour at night glitters with lights, which adds to the experience. 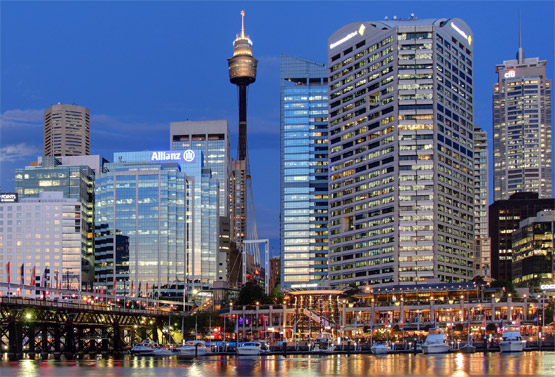 It's at night that Cockle Bay Wharf really comes alive under light, both inside the restaurant complex and around Darling Harbour.

Cockle Bay and Darling Harbour are ringed by the high-rise buildings of Sydney and although there is a host of visitor attractions, shops and restaurants, it is easy to find a quiet space to sit and watch the world go by.

You can watch the activities on and around the small bay from one of the many cafes and restaurants or else from steps or waterside benches. And you can watch the ferries ply their way from the the Dockside Pavillion wharfs to open waters beyond Cockle Bay and Pyrmont Bridge. 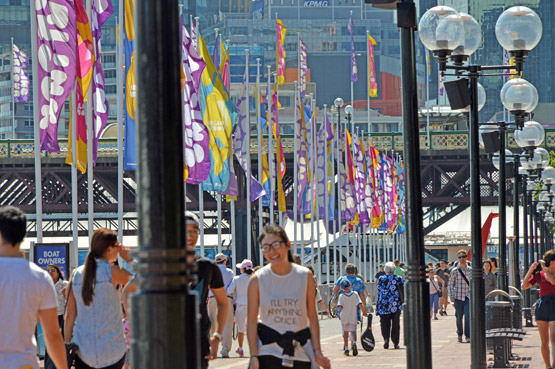 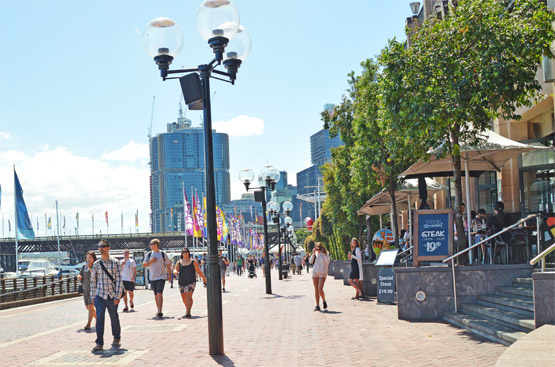 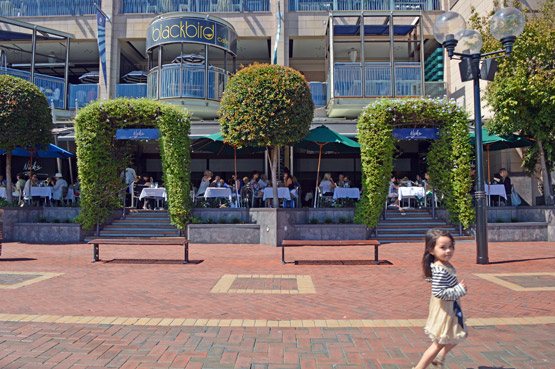 One of the best ways to view Cockle Bay is to walk across the historic Pyrmont Bridge. From the bridge you get a perspective of each of the attractions that make up the small Cockle Bay area.