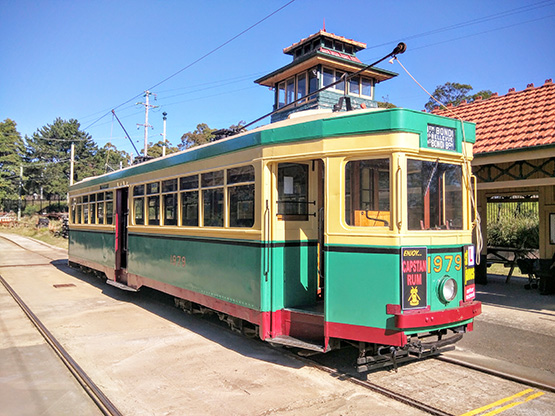 Tram 1979 is one of four R1-class trams on show at the Sydney Tramway Museum.
Picture: © Maksym Kozlenko, Wikimedia Commons


Sydney Tramway Museum a glimpse
back to a golden transport era

Visiting Sydney today you might find it hard to believe the city was once scarred with tram tracks, a tramway network which, after London, was the second largest in the world.

The network was so big, and so efficient as a mass public transport system, that it could transport more than 80,000 people to Sydney’s Randwick Racecourse for a race meeting, then disperse the crowd within 20 minutes of the last race.

That kind of feat is now not possible with Sydney's bus network, which took over when Sydney's trams were phased out at the start of the 1960s. (The last tram services ran on the the La Perouse and Maroubra Beach lines on 25th February 1961.)

Up until then electrified trams had been operating in Sydney since 1890. At its 1930s peak, the Sydney Tramway Network had up to 1600 carriages in service at any given time and peaked in 1945 at 505 million passenger journeys across a 181-mile (291 kilometres) network. That number of trams and the size of the rail network looks awesome when you consider that Melbourne, Australia's only city to have kept its tram network and one of the world's true tram cities, today operates up to only 500 tramcars across a 160-mile (250 kilometres) network.

Getting rid of trams in favour of buses has long been considered as a folly by many Sydneysiders. The trams, which by the 1950s were seen as relics of the 19th century, were eradicated by public transport administrators in favour of cheaper bus services. Tram lines were tarred over and overhead wires removed on the same night the last tram services finished, so as to ensure that there would be no going back to the "antiquated service".

Today, fully aware of the problems created by buses competing with automobiles on congested routes, city administrators have again turned to trams as a salvation to the city's traffic congestion. A light rail network has sprung up in the inner-western suburbs and a second network is being built from Circular Quay to the eastern suburbs. It is easy to surmise that these services could be the forerunners of many more, once again returning Sydney to its golden days of tram travel.

The history of Sydney's tramway networks and services is best seen by visiting the Sydney Tramway Museum in the southern suburb of Loftus. The museum is Australia's oldest tramway museum (founded in 1950) and the largest in the southern hemisphere.

The museum operates more than 3 kilometres of track. The "jewel in the crown" is the 2 kilometre line into Sydney's Royal National Park in Sutherland, which operates separately to the museum's historic service as a tourist tramway known as "Parklink". Parklink offers access to the world's second-oldest national park.

The Sydney Tramway Museum has a fleet of tram cars on display, featuring different styles and configurations of trams. It even has trams from interstate, including those that once ran on tram networks in Brisbane, Ballarat, Geelong and Bendigo. 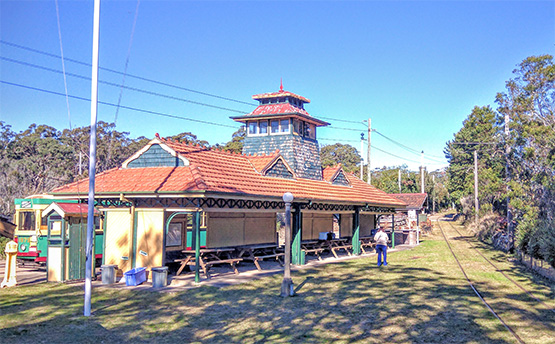 A tram stop of the golden era of trams in Sydney has been recreated at the Sydney Tramway Museum. Picture: © Maksym Kozlenko, Wikimedia Commons