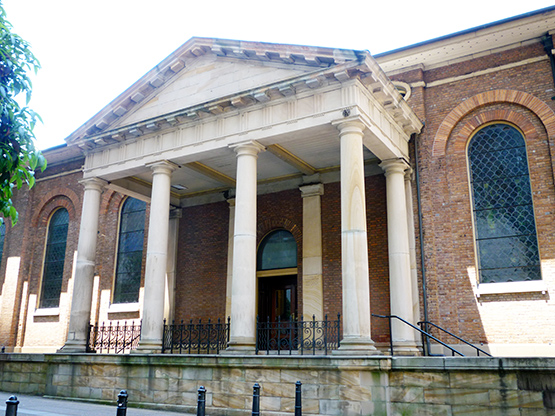 St James Church began as a courthouse in the early 1800's. It was consecrated in 1824 and became the second church for the colony of New South Wales. The original church was designed by Francis Greenway and was added too by John Vurge who built the vestries in 1832. Both Greenway and the builders were originally convicts transported to NSW. 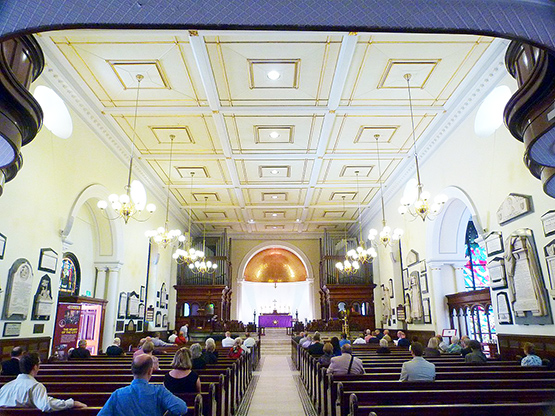 The interior of the church looking towards the chancel. Picture: Sardaka, Wikipedia 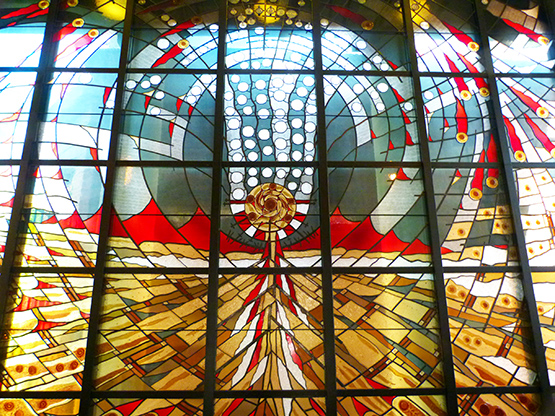 A stained glass feature in the church's Chapel of the Holy Spirit. Picture: Sardaka, Wikipedia 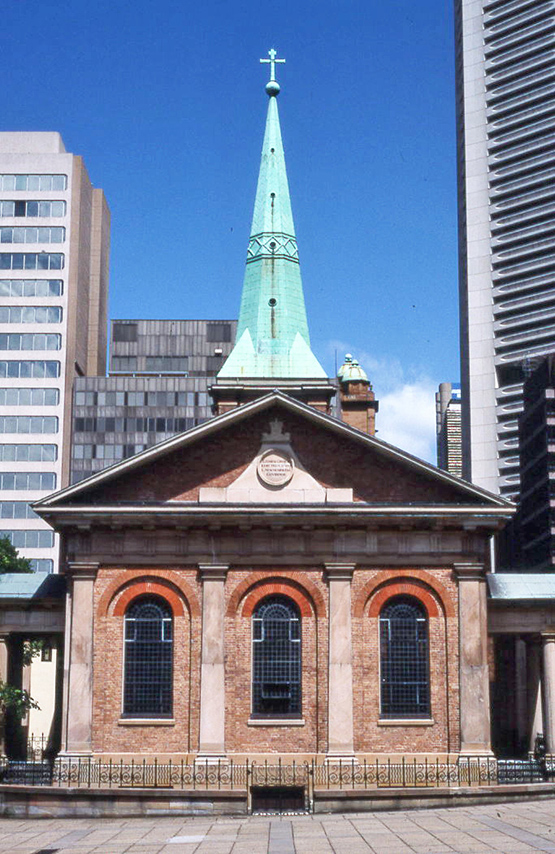