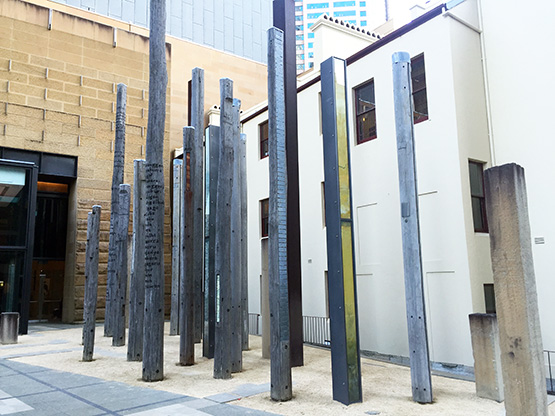 The sculpture Edge of the Trees occupies the forecourt of the Museum of Sydney. The artwork was installed in 1995. Picture: Wikipedia

The Museum of Sydney is built on the ruins of the house of Australia's first governor-general, Governor Phillip. The original house, which was Australia's first Government House, was built in 1788 and exposed by archaeologists in the 1980s.

The Museum of Sydney explores colonial and contemporary Sydney through objects, pictures and new digital media techniques. Panoramic views of Sydney - from 1788 until today - stretch across walls and video screens. Convict Sydney is explored in a giant showcase of goods and chattels recovered from more than 25 archaeology digs.